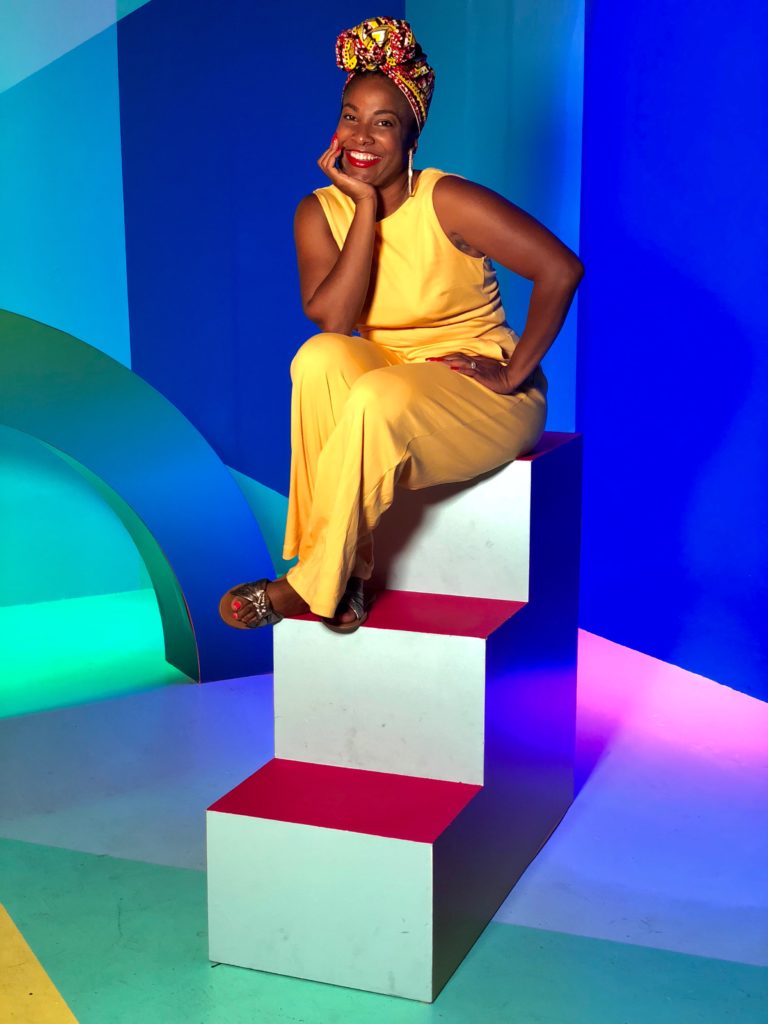 Angel Laketa Moore is actress, host, stand-up comedian, writer, mom, wife, and avid learner.  She started her acting career on stage doing musicals at regional theaters throughout the United States as well as in the New York Fringe Festival.  After finishing her bachelors of theatre degree at the University of Kentucky, she went on to receive her Masters of Fine Arts from the University of California, Irvine.

Directly out of graduate school she began work on television.  Angel has been cast in guest star roles on shows like NBC's ER, Atypical on Netflix, TNT’s SouthLAnd, ABC's Black-ish, ShowTime's Shameless, and Disney’s Good Luck Charlie and films such as 23 Blast and Marlon Wayans' 50 Shades of Black.  She also worked as a host on Cooking Network show Cupcake Cage Match and is currently the hosts for two Bravo shows, Bravo After Dark and Weekly Dish Happy Hour.

Angel also writes and produces online content for varies channels such as Awestruck, onewordnocaps, The Mom's View, and her own channel That Chick Angel TV.   As a writer/producer, she recently won Best Short Short in the Broad Humor Film Festival in Los Angeles and was selected as a finalist in the Women in Comedy Film Festival in Boston & the Kansas International Film Festival for her short film The Button. As a standup comedian she has performed at the World Renowned Comedy Store and the Laugh Factory and on national television. Angel currently resides in Los Angeles with her husband and 3 sons.